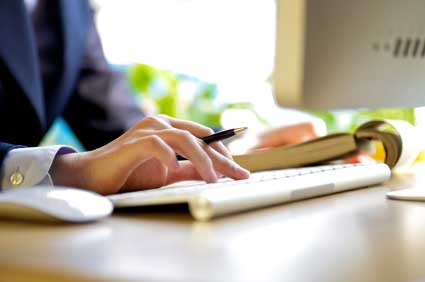 Health care system acts as a measure of efficiency and success of the governments across the globe. Therefore, it does not come as a surprise that healthcare plan is the predominant topic of discussion in the ongoing presidential campaigns in the USA. In the current fragile situation, where countries are facing potential threat of fatal epidemics, India should focus on providing accessible, affordable and equitable healthcare services. Faced with the twin burden of communicable and non-communicable diseases, the government of India should enhance efforts towards strengthening Primary Healthcare Centers (PHCs) with a robust referral system to the tertiary care. In addition, consistent processes and policies should be churned out to reduce out of pocket (OOP) expenditure that potentially pushes middle-income families into poverty. To this end, the government of India should plan the health budget to meet all planned and unplanned health care requirements. In this article, we attempted to elucidate the allocations and expenditures in the Health sector. We hope that this effort will initiate dialogue to enhance fiscal discipline and formulate coherent policies.

Fig 2: Allocations to DoHR (in crores) 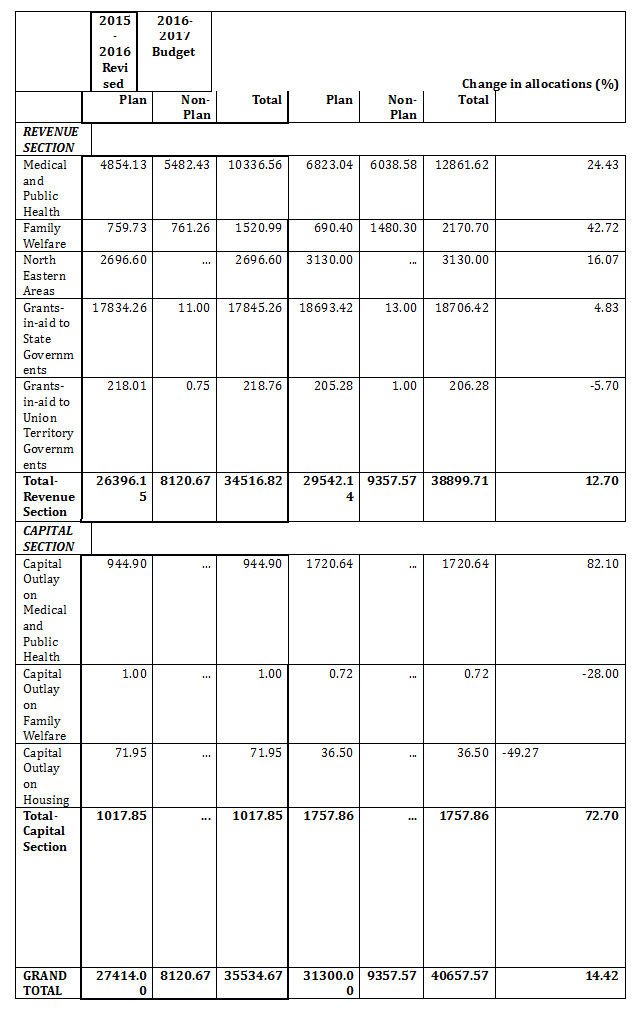 In India, the Public expenditure on healthcare as percent of GDP has increased from approximately 1.2% in 2015-16 to 1.3% in 2016-17, which is far below the OECD averge od 6.5%. Even with meager allocations, the healthcare system is not equipped to completely absorb the funds. For instance, huge amounts of funds to the tune of 3192.32 crores, 2715.67 crores and 3596.02 crores have been recovered at the end of 2013-14, 2014-15 and 2015-16 financial years, respectively (Table 3). In general, Medical and Public Health and Family Welfare sections of the Health department have been observed to perform poorly in fiscal terms. In addition, approximately 1000 crores in RCH flexible pool and 50 crores in Mission flexible pool were not spent in the financial year 2014-15.

A number of issues have to be addressed to improve the financial allocation efficiency and absorption capacity of the health care system in India.

A bulk of the budget is allocated to states to carry out crucial schemes under NHM. However, approximately 10% of the funds are unspent at the end of each financial year. Also, approximately 20% of funds allocated to Capital section have been surrendered previously (Table 3). It is evident that these funds could be channeled to more vital schemes to provide maximal health coverage and to strengthen trained work force at grass root level. Finally, there is an urgent need to improve the fiscal discipline of states through concurrent monitoring and evidence based policies.